Brown University has the distinct misfortune of consistently receiving the worst ranking amongst Ivy League schools in the highly regarded US News and World Reports rankings that are released annually. In the Best Colleges 2010 edition Brown came in at the number sixteen overall spot in terms of the most highly prized category of National Universities Rankings. For the 2010 rankings Brown finished one spot behind fellow Ivy League school Cornell University. Unfortunately for the good folks at Brown being affiliated with such a prestigious group as the Ivy League means accepting the reality that when competing in an objective ranking system with such highly regarded institutions at least one member will have to come in last place.

Being a top twenty American university (and in this specific instance a top sixteen university) is certainly no small feat. In fact, the case can easily be made that all of the top tier schools are outstanding institutions of higher education that provide tremendous resources for the brightest students on the planet. Parents all over the world would love to be able to give their children the opportunity to attend the top universities in America.

Brown University, located in Providence Rhode Island, has a storied history that dates back to pre-Revolutionary War days in a time before the United States of America even existed. Founded in 1764 by Baptist, Brown University has been both a proud member of the Colonial Colleges (recognizing the nine oldest North American institutions of higher learning) and the Ivy League which formally adopted the Ivy title only as recently as 1954 to distinguish the athletic conference in which eight academically focused members compete.

The eight schools that make up the Ivy League along with their 2010 US News and World Report ranking are:

As evident by the co-number one spots (this year Harvard and Princeton) there are ties in the rankings. Also of note is the fact that clearly the Ivy League schools do not simply make up the entire list from positions one through eight. Sprinkled throughout the top sixteen spots are well respected non-Ivy League schools like:

Over the past ten years the US News and World Report rankings for Brown University have fluctuated while remaining in the teens during the last decade. Although Brown holds a ranking enviable by the vast majority of schools the position in the back of the Ivy League pack has led to some schools (like Brown) questioning the importance and validity of the rankings.

In terms of addressing the concern as to the importance of these national rankings the only assertion that can be stated with absolute certainty is that no one knows exactly how big of a role these rankings play in terms of influencing which schools top students choose to attend. In an ideal world all students would have unlimited resources and the ability to become intimately familiar with the curriculum and environment of every college before making informed decisions about which settings best suit their personalities and meet their needs. The reality is that this utopia simply will never exist and for most prospective freshmen the closest they will get to understanding what programs are available is through what they learn in publications like the annual US News and World Reports rankings. While schools that are less than satisfied with their current ranking are more than happy to argue that the rankings are irrelevant the truth of the matter that these schools are at best in denial about the influence these rankings have on highly competitive teens that have been raised in an environment that instills a mentality of constantly striving for the highest grades and best test scores.

Regardless of how parents, students, or admissions offices feel about ranking colleges there are two points that are clearly indisputable:
(1) the debate over the ability of these rankings to accurately measure subjective issues will continue for quite some time and
(2) these rankings are here to stay. 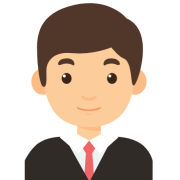 Top Five Universities in the Northwest

Top Five Universities In The Midwest